‘Cause this video’s for him.

So that’s heartfelt. So here’s something crude to balance it out. Crud. I’ll crud a crudding crudsicle right up your crudhole, you crudsucking fathercrudder. Yeah, can’t really swear with this one, for it’s about crudsachets i.e. diapers, which are generally for kids.

We did this thing for Huggies for father’s day where we asked people to facebook or Tweet in what their favourite activity was to do with their male parental unit. And I drew every one.

My dad taught me how to draw. Damn, I love thatsonofabitch. Sorry grandma.

Look through them all. If you’ve got the stones.

That’s 9 exclamation marks. 3 x 3. I was going to go to 27, but you don’t want to get on the dark side of whoo-girls (I’m pretty sure you have to pay royalties to them for every exclamation mark you go over 4. ZOMG. YOLO).

It’s been nuts. But it’s done. Smear your ocular orbs with baby oil, because this puppy is on the offender list, namsayin’? Here’s the first one and the second, in case you missed it.

The death of Money

Bill Hicks once joked that advertising-folk should be euthanised. By firing squad.

I pushed it out of my head. ‘Cause me, I like making ‘em pretty pictures, and he’s dead (who won that round eh, Hicks?). But man, does he make a point sharper than a Hattori Hanzō sword wearing Jean Paul Gaultier. Lookit me, I’m the devil with a name tag.

But seriously, advertising is built around persuasion, about giving the visual cues that would in natural setting would allude to health, nutrition and other things conducive to living more better. Except without the substance.

I went to the Tomorrow’s leaders convention 2013, which centred around the rising stars in the field of leadership. Yadda yadda yadda. I rocked a beadhead and a smirk where people whore suits that could cut through glass. I’m really piling on the sharpness metaphors, aren’t I? I know how to spell tailored, but they bled it. With a smarm brow I politely and quietly sipped water du mineral when the proceedings began. Money people. Yikes.

But truly they came with valuable insights, inasmuch as making the rugged axle grinding of an Afrikaans accent sound eloquent. It resonated around an approach removed from profits. Profits were only the hallmark of a succeeding business. And what was a successful business? One that added true value to people’s lives. Bazinga.

Jon Foster-Pedley, dean and director of Henley Business school, suggested that a businesses needed a purpose. Think about life. Life isn’t about hedonism. It’s not about doing fried cocaine and drinking sparkling wine carbonated by the delicate whistles of orphans. It’s about finding a true cause, a passion that gives meaning. People like éclairs, people loved William Wallace.

Full circle to advertising. Advertising can no longer go: “ ‘Ere boy, buy me chicken, ‘cause it’s more sparkly than that fella’s chicken.” People don’t believe your lies, they believe your truths. I don’t sell chicken, I sell the idea of a family meal. And I’m going to create a campaign highlighting the importance of bonding with your kin (with the scent of secret herbs and spices to create ambiance). You have to bring the good, to sell the goods. It’s not about money, it’s about people. People and chicken. Mostly chicken. Mmm, chicken.

I may be a no good tree-hugging hippie, but that’s just ‘cause everbody else is.

In that spirit here’s some pictures of the catering. 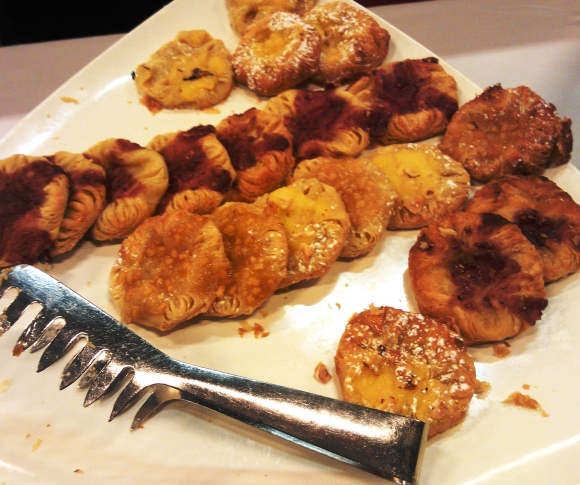 Heal the world, make it a better place. With flan and jelly.

It’s no use doing a job if you’re not going make that excessive 50m run that 100m athletes do after the finish line.

You just have to have enough momentum, man.

Plus, after all the lugging, here’s the part where you can just enjoy your fruits and play.

So firstly I add textures, like watercolour scans and paint strokes for that little extra.

And then I add halos to make things stand out and little vignettes, like the definition of cool beside Throttle’s face, or my friend Kyle’s impression of James dean as Throttle flips open his shades.

Okay, here I get a little self-indulgent.

But I love the separation between cartoony characters and painted backgrounds. It feels like I’m Hayao Miyazaki.

I’ll make an elaborate tutorial on how I specifically paint clouds, because trust me, I crossed the cloud-enthusiast line when I started compulsively whisking egg-whites in a room filled to the roof with bubble bath. I might need some help.

Dress to impress (especially if it’s the apocalypse)

Due to the lacklustre nature of flatting, I thought It’d be more prudent to entertain y’all with more colourful endeavours.

The theme for our student exhibition, as envisioned by the studious Matt Reid, is Exposure. Naturally, a steampunk gas mask was appropriate.

So, my friends and I went around Jo’burg to every major design company and hand-delivered invitations.

I spoke like the parents in the Charlie Brown cartoons, and the corporate creatives felt a little more creative.

The very fashionable people at Grid. 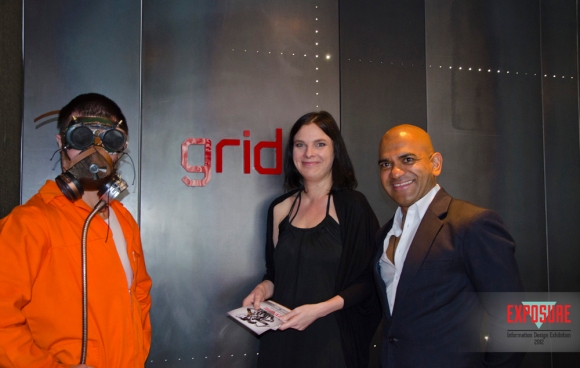 Steampunk gas mask hand made by the ingenious Nolene Gerber.

This upcoming week is going to happen a little differently.

I’ve been working on the third instalment of K th F O, but due to other “priorities”, I’ve yet to finish it.

This upcoming week I have to post progress EVERY DAY until I’m finished, which has to be next week Sunday.

That’s biting off more than I can chew, trust me. And it’s going to be awesome.
Plus, I’ll have a finished comic at the end of it. Awesome.
Warp Speed Awesome.

Obviously, a creative space can be a tad more, well, creative than the drab air of an accounting firm.

Facebook does it, Google does it. Who are we to argue with our internet overlords?

When I interned at Gloo, they asked me to help liven up the joint with some radical ideas for decor.

And seeing as they’re all about wordplay, I thought it’d be fun if they’d have a wordplay of the day.

Now that’s something that’ll send morale through the roof.

The comic you always wanted as a kid gets a sequel

You’ve gotta make yourself happy not only in spurts of inspiration, but consistently.

For those of you who missed it, here’s the first one.

The bird is the word!